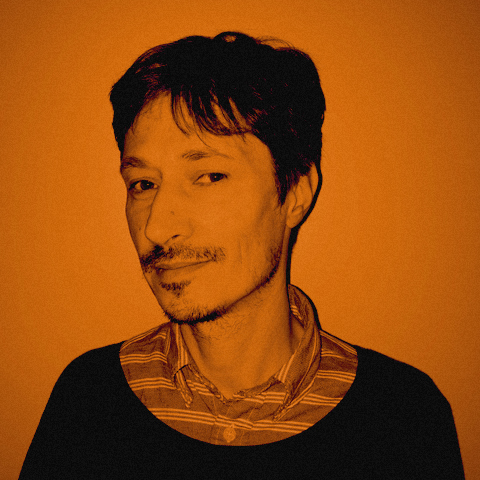 HAVE YOU MET PIERRE-ARNAUD ALUNNI?

Pierre-Arnaud Alunni is Extra-Ordinaire’s Sound Designer; the man behind the music and sounds you hear in our Brussels based shop.

Pierre-Arnaud Alunni is Extra-Ordinaire’s Sound Designer; the man behind the music and sounds you hear in our Brussels based shop.

Pierre-Arnaud’s story with Extra-Ordinaire commenced in 2014 at Les Galeries Lafayette, Paris, where our Artistic Director, Jean-Paul, held his “Till We drop” exhibition. Since then, they have collaborated together on various projects, such Jean-Paul’s 2017 exhibition “Reflection”, in which Pierre-Arnaud translated Jean-Paul’s mindset and DNA into mixes & sound collages.

Through Extra-Ordinaire, Pierre-Alunni has been experimenting on what he refers to as “an exotic freshness”;  a blend of sometimes cold electronic sounds & songs that never surpass 120 BPM, as the tempo allows one to take the time, thus not be rushed (a shop is not a club!).
Pierre-Arnaud is originally from south-east France, more specifically from the Hautes-Pyrénées and now resides in Paris 9th district, strategically close to the North Nation, for easier commuting from Paris to London, Brussels, etc.  It’s easy to guess that both nature and the city have an impact on his work.

NAME 1 PERSON, 1 PLACE, 1 OBJECT THAT SHAPED PAST, PRESENT AND INSPIRES YOUR  FUTURE.

Person:  J.G. Ballard, an English novelist and essayist – born in 1930 and died in 2009 – associated with the new wave of science fiction from the early 70s. “J.G. was an inventor of places, spaces, who decontextualized both nature and the city to create a one-of-a-kind surrealism. His collection of novels “Vermilion Sands”, in which J.G. builds new comfort spaces inspired by architecture styles of his time, exemplifies his work. This author has a great impact on my work, as I still read and rediscover him.

Place: The Tuileries Garden, in Paris. “It’s an airy space, largely spanned, where I have the habit of wandering with my children. If I could choose a place that I have only imagined, even fantasized, it would be the Walt Disney World Resort when it first opened, in the 60s: a place where all seemed to be at grasp, where all fantasized possibilities where at our fingertips.

Object: “I always have a pen and notebook on me. Most of my work relies on writing down inspirations, anywhere at any time. I also always have my phone on my which I use to sample thus reshape newly discovered sounds”

“I think of myself as a happy optimist. I love what I do, I love my cat, I love all little things of the everyday life. Now, to find the extra in the ordinary I enjoy looking for the margin in the norm, through music, movies, etc. I urge to go listen Henri Salvador’s latest album “Homme Studio” which goes through his home studio period when he experimented with synthesizers, crafted instruments & sounds, and more”.

“Extra-Ordinaire revealing approach; to source objects that are intriguing from our perspective but that are part of other people’s daily lives. All this without a typical museum attitude & seriousness, but with lightness & freshness, even humor. The idea to play with the world is something that I find brilliant”

Pierre-Arnaud shares with us his mix “Music for Dreaming Stuck in a Loop”, available on his Soundcloud through link https://soundcloud.com/le-club-eskimoo/music-for-dreaming-stuck-in-a-loop