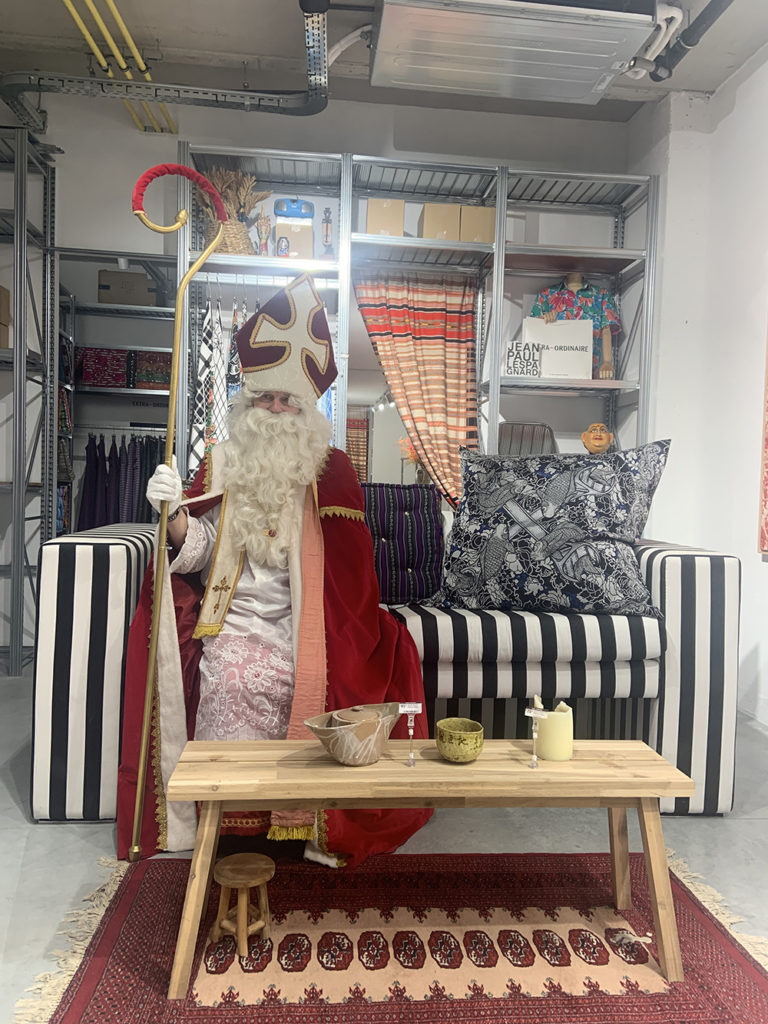 Saint Nicolas at the shop

Have you heard of Saint Nicholas?

Well, each year in Belgium and other Eastern Christian Countries, we celebrate Nicholas of Myra, an early Christian Bishop who had the legendary habit of secret gift-giving (which gave rise to other traditional models such as Santa Claus, for example). At Extra-Ordinaire, we don’t prioritize a religion over another, and we like to celebrate, so we decided to invite Saint Nicholas over to distribute candies to all visitors, especially children. Of course, it wasn’t the actual Saint Nicholas, but an actor disguised as the passed bishop. Nonetheless, thanks to Le Théatre des 4 Mains – a theatre based in the city of Beauvechain, Belgium – we had the  honor to have Benoit De Leu – the comedian who, for years, enchanted children on television with his famous puppet Bla-BLa – to wear the Saint’s costume.  Oh, and if it wasn’t enough, we teamed up with BonBons Joris – one of the oldest Belgian candy manufacturer – to offer the best ‘snoepjes’! We’re surely looking forward to have him again in our boutique!